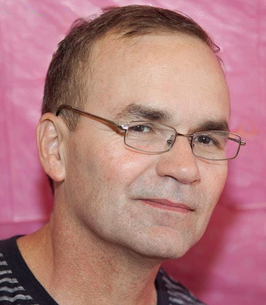 Share this tribute
Memorial Candles Lit for Antonio | SEE ALL
Light a Candle
"We are honored to provide this Book of Memories to the family."
— Morse-Bayliss Funeral Home
Funeral Details Memory Wall Photos & Webcasts Send Flowers

Antonio "Tony" Febo, of Shirley, formerly a longtime resident of Lowell, died peacefully at home on March 20, 2021, after a multi-year battle with Alzheimer’s, at the age of 59. He was the beloved husband of Madeline (Santiago) Febo, with whom he had shared 38 years of marriage.

Born in Canovanas, Puerto Rico, a son of the late Policarpio and Demetria (Rivera) Febo. Tony graduated from Canovanas High School with the Class of 1979, then furthered his education at the Institute of Photography in Carolina, PR, where he earned an Associate's Degree.

Mr. Febo worked as a shipper and receiver at Zoll Company of Chelmsford. Prior to that, he worked at All Sports Heroes in Lowell. Antonio’s family are active members of CCF Ministries of Lowell.

He was an avid marathon and road race runner, competing in his later years as a member of the Greater Lowell Road Runners. Although running was his hobby, Martial Arts was his passion. He obtained the ranking of Tae Kwon Do Master, earning his 4th Degree Black Belt with Master Freddy Zuluaga of Lowell Tae Kwon Do. He traveled to Tae Kwon Do tournaments around the country as a competitor, coach, and referee.

If he wasn't at work, teaching, or running, he could be found playing pool or dominoes, or making his family laugh. Tony was viewed by many as a father figure, a role he did not take lightly and carried with pride.

In addition to his wife, he is survived by a son, Anthony Febo and his wife Carlie, a daughter Karina Febo, a granddaughter, Luna Febo, a brother, Felipe Febo, and two sisters, Berta Febo and Fita Febo. He also leaves many nieces and nephews located all around the US and PR. His closest niece, Annacelis Febo-Miranda, remained by his side during all the days leading up to his passing.

Friends will be received at CCF Ministries, 105 Princeton Boulevard, Lowell, on Tuesday from 3 to 5 p.m., followed by his Funeral Service at 5:15 p.m. In lieu of flowers, please consider making a donation in his name to the Alzheimer’s Association, 225 N. Michigan Ave., Floor 17, Chicago, IL 60601 (https://www.alz.org/donate). Arrangements are in the care of the Morse-Bayliss Funeral Home, 122 Princeton Boulevard, Lowell. Funeral Director, Frederick W. Healy. Please visit Tony's life tribute page at www.morsebaylissfuneralhome.com.

We encourage you to share any memorable photos or stories about Antonio. All tributes placed on and purchased through this memorial website will remain on in perpetuity for future generations.

Add Photos Post Condolence
JD
Madeline and family......my deepest sympathy on the loss of my dear friend Tony. You are all in my thought and prayers.
RIP Tony
Jeannine Dominique
Jeannine Dominique - Thursday March 25, 2021 via Condolence Message
Share This:

Pamela Simpkins - Wednesday March 24, 2021 via Donation
To: ALZHEIMERS DISEASE AND RELATED DISORDERS ASSOCIATION INC (ALZHEIMERS ASSOC)
Share This:
AS
Our prayers are with you during this time of loss. Cherish the loving memories.
Andrea and Jimmy Lee Shelton of the Greater Lowell Road Runners
Andrea and Jimmy Lee Shelton - Tuesday March 23, 2021 via Condolence Message
Share This:

God is in control, you know that we love you guys and weshare your pain. Much strength for all. God Bless you always.
Junior, Fita, Nelson, Andy, Josean e Ingrid - Tuesday March 23, 2021 via Heartfelt Sympathies
Flowers were purchased and a memorial tree was planted
Share This:

Shanaman Solutions LLC - Tuesday March 23, 2021 via Donation
To: ALZHEIMERS DISEASE AND RELATED DISORDERS ASSOCIATION INC (ALZHEIMERS ASSOC)
Share This:
LC
I was honored to have know the Febo family for many years. Compy as we lovingly called him was a wonderful man. The life of the party. Kind, generous, loving and with age eat sense of humor. He will be missed. Madeline, Anthony and Karina we live with the hope that we will see him again someday. My prayers are with you. There are no words that can make
this easier but know that he was loved and so are you guys. Prayers.
Lilliam Concepcion’sy - Monday March 22, 2021 via Condolence Message
Share This:

Madeline and Family, Our prayers and thoughts are with you during this difficult time! Love, the Bristows
The Bristows - Monday March 22, 2021 via Heartfelt Sympathies
Flowers were purchased and a memorial tree was planted
Share This: