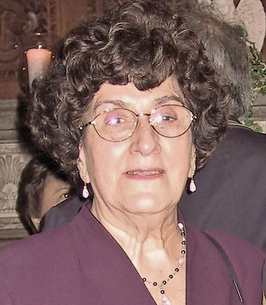 Share this tribute
Memorial Candles Lit for Athena | SEE ALL
Light a Candle
"We are honored to provide this Book of Memories to the family."
— Morse-Bayliss Funeral Home
Funeral Details Memory Wall Photos & Webcasts Send Flowers

Athena S. Stamatakakos, 93, longtime Lowell resident, died peacefully at home in Tyngsboro, on Friday, February 19, surrounded by family. She was born in Lowell on January 14, 1928, a daughter of the late Stavros and Efthemia (Vasilakos) Stamatakakos.

In 1950, she began her long working career as a stitcher at Hathaway Shirt Company, where she eventually ran their training program. She was instrumental in the startup of Hathaway Shirt company facilities in both Puerto Rico and Barbados; and in 1973 was promoted to Plant Manager. Ms. Stamatakakos continued working in the manufacturing field until her retirement.

Ms. Stamatakakos enjoyed extensive traveling. She loved to cook and was famously known for her Galaktoboureko. She was a huge Boston Red Sox fan and could be found proudly and loudly cheering them on whenever their games were televised.

Funeral services and burial were private. A celebration of Athena's life will be held at a later date when family and friends may gather safely in her honor. Friends who wish may make memorial contributions in her name to the Peter S. Stamas Scholarship Fund, Greater Lowell Community Foundation, 100 Merrimack St., #202, Lowell, MA 01852. Arrangements in the care of the MORSE-BAYLISS Funeral Home, 122 Princeton Boulevard, Lowell. Funeral Director, Frederick W. Healy. Please visit Athena’s life tribute page at www.morsebaylissfuneralhome.com.

We encourage you to share any memorable photos or stories about Athena. All tributes placed on and purchased through this memorial website will remain on in perpetuity for future generations.

Add Photos Post Condolence
KD
Our family has many wonderful memories of Athena. I first met her when Athena and her dear friends Bessie and my Aunt Belmeda ’Belle’ Ribeiro drove cross country and stayed at our house in San Francisco area. I was 10 years old and already taller than all the women in my family. I remember my Aunt became a bit jealous as I fell in love with Athena since she was taller than me and I wanted to stay by her side. Over the years I move my sons here to MA. We enjoyed many visits and experiences with her. My Aunt Belle has been her dear friend since their Hathaway days. They took many vacations both in The USA and abroad together. One of their favorites was a 3 day trip to attend Red Sox games at Camden yards! Please let me know when/if a ceremony of her life will be held. I know my older son and I would truly love to be there. So many more memories I have. She was a generous and kind being. I know Bill & Jeannie will miss the vibrant Athena she was. God bless your entire family. Karin Duarte
Karin Duarte - Monday March 01, 2021 via Condolence Message
Share This:
1
Page 1 of 1
Share
×