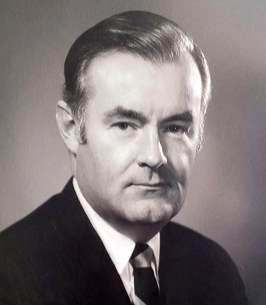 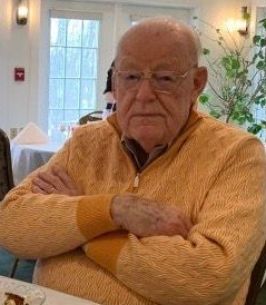 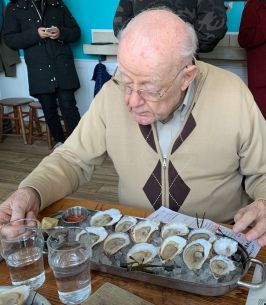 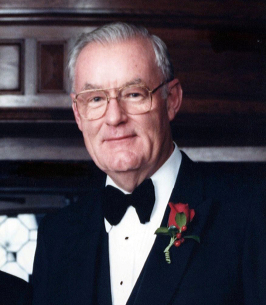 Share this tribute
Memorial Candles Lit for Robert | SEE ALL
Light a Candle
"We are honored to provide this Book of Memories to the family."
— Morse-Bayliss Funeral Home
"Our thoughts are with you during this sorrow filled time. Much love"
— Suzanne, Kit
Funeral Details Memory Wall Photos & Webcasts Send Flowers

Obituary for Robert A. "Bob" McKittrick

Print
Robert “Bob” A. McKittrick of Nashua, NH passed away peacefully Sunday evening, March 21, 2021. He was born on August 1, 1927 in Lowell, MA, the son of Bertrand A. and Harriet C. (Meister) McKittrick. Remaining in the area, Bob was always proud of his Lowell roots.

Bob’s early education was in the Lowell Public Schools. He graduated high school from New York Military Academy, Cornwall-on-Hudson in 1945. He graduated from Massachusetts Institute of Technology in 1950 with a bachelor’s degree in Business and Engineering. Bob was a proud veteran of the US Army having served in the Signal Corps from 1946-1947.

Bob married his first love, Shirley (Knutson) in 1949. Together they raised their family in Chelmsford, MA before moving to Hollis, NH and finally settling in Nashua.

Bob’s business career was extensive. Following his grandfather and father into the family business, Bob was the present Chairman of the Board and past President of Chelmsford Investment Holdings, Inc., North Chelmsford, MA. He held many Directorships past and present including the Kent Manufacturing Co., North Billerica Co., Faulkner Textile Associates, Inc., White Electric Motors, Union National Bank, and Rontex America, Inc. He was also a past Trustee of Wyman’s Exchange Associates, Lowell General Hospital, a past Corporator of the Central Savings Bank, and past Corporator and Trustee of the Lowell Institution for Savings. Active in the community, he was also a past director and trustee of the Lowell Boys Club and member and Chairman of the Chelmsford Planning Board.

Bob had a lifelong love of golf and boating, passions he enjoyed with family and friends. He took memorable trips with friends to play golf around the United States and Scotland, and famously sought the perfect putter, resulting in a collection of over seventy. He was a past president and an honorary member of Vesper Country Club. Bob held past and present memberships at Webhannet Golf Club in Kennebunk, ME, The Loxahatchee Club and Jonathan’s Landing Golf Club in Jupiter, FL, and The Kittansett Club in Marion, MA. Bob and Shirley spent many summers cruising the Maine coast, and wintered for a few years in Florida on their boat “Maine Course”. He was a member of the Arundel Yacht Club in Kennebunkport, ME. Additionally, Robert was a member of the Lanam Club, Andover, MA, and Lowell Sportsman’s Club.

Bob knew how to enjoy and embrace life to the fullest. He traveled extensively for both business and pleasure. He spoke fondly of his many trips to Europe and especially Paris, as well as numerous family vacations and ski trips. Bob had a passion and appreciation for great food, but more importantly, understood that a good meal is best enjoyed with even better company. He was generous with family and friends, and always engaged in good conversation and humor, a trait that was with him to the end. Whether he was Dad, Grampy, Cousin, Robert, Bob or Captain, you knew you had a dear friend that not just listened, but truly cared.

Bob’s family thanks the staff at The Huntington at Nashua, Kent Village, Southern NH Medical Center - 4th Floor East, and Home Health and Hospice Care for their remarkable and compassionate care.

Funeral Services were private. In lieu of flowers, memorial donations in Bob’s name may be made to the Huntington Scholarship Fund, 55 Kent Lane, Nashua, NH 03062. Arrangements in the care of the Morse-Bayliss Funeral Home, 122 Princeton Boulevard, Lowell, MA. Funeral Director, Frederick W. Healy.

Though words, however gentle, cannot take your loss away, still may these flowers sent in sympathy help comfort you today.
Shahima Qureshi - Saturday April 24, 2021 via Heartfelt Sympathies
Share This:
AN
Judy and Costas, I greatly enjoyed dinners with Bob (and you) at the Huntington. He always was fun to chat with. I'm sorry for your loss, and am thinking of you in this difficult time.
-Andy Noyes
Andrew Noyes - Thursday April 01, 2021 via Condolence Message
Share This:
JB
Both of my parents, Jason Ingalls and Isabel Ingalls worked for the McKittrick company for upwards of 30 years, so I had visited both the main office and the hardware store many times, and got to enjoy Bob's sense of humor often. Bob, Ray and Carl were all very good to my mom and me when my dad became seriously ill, and they were supportive and helpful when my mom became ill. Their care and concern were very, very much appreciated. I was amused by the photo of Bob with the oysters - I remember Fred MacAusland would often send Malpeque oysters down from Prince Edward Island to Bob. (Some of the best oysters anywhere!)
Bob was a good man, and I know he will be sorely missed.

Janyce (Ingalls) Broude
Janyce (Ingalls) Broude - Thursday April 01, 2021 via Condolence Message
Share This:
JD
While my Dad had a lot of good friends, Bob McKittrick was one of the best. From golf games at Vesper, to Sunfish sailing adventures,to North Conway skiing challenges, "Mr. McKittrick" was always up for a good time. I'll never forget one Halloween when Bob McKittrick and Jeff Mansfield came trick or treating to visit Dad. And, after their other good friend, Johnny Walker, came out, I believe Mom eventually drove them all home. My deepest sympathy to you all. And my thanks to your wonderful Dad.
John P. Crane, DMD
John P. Crane, DMD - Monday March 29, 2021 via Condolence Message
Share This:
RM
Just the thought of lemon meringue pie and Bob’s eyes would light up!!!No one had a better life nor enjoyed it more.Hopefully in the great beyond there is an epicurean table, a gin game and the long sought after putter.
Rest In Peace Good Friend.
Richard and Sandra Murphy
Richard Murphy - Sunday March 28, 2021 via Condolence Message
Share This:

Phyllis & John Amato
Friday March 26, 2021 via Heartfelt Sympathies
Flowers were purchased and a memorial tree was planted
Share This:

Our thoughts are with you during this sorrow filled time. Much love
Suzanne, Kit - Friday March 26, 2021 via Memorial Candle
Share This:
1
Page 1 of 1
Share
×